Tales from the Road 8

We had another brilliant idea about breakfast.

But first, what happened this morning (Monday) when we checked out? Well… As we came downstairs we noticed the original receptionist was on the desk (she hadn’t been around since we checked in). We carried our luggage to the bike and I pretended I had stuff to do out there in the secure courtyard so Denis went back, alone, to pay the bill. And the brave lad, when asked for his credit card replied “Could I just check the bill first, please?” Guess what? We got the second night for the internet price! Oh! we were so happy, it’s the little things that can bring so much joy! 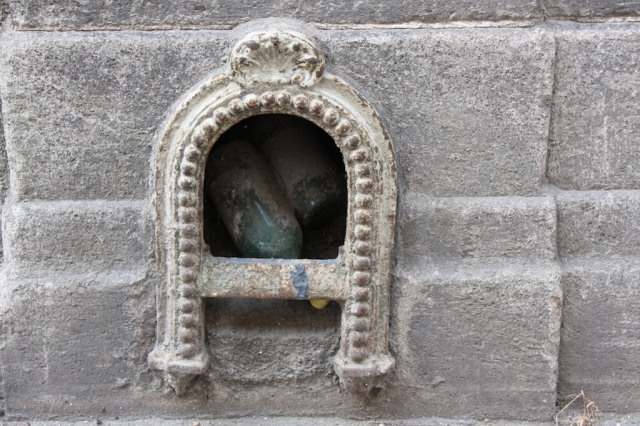 Ok back to the brilliant idea about breakfast. Last night we decided since we were leaving Reims in the morning we’d beat the heat and travel early. And, we’d have breakfast on the way at one of those motorway restaurants. So we’d really get a head start on the day. So at 9am we were ready. My idea of early and Denis’ are poles apart. Never mind, we were off and as luck would have it rush hour has not been invented in Reims yet (or maybe it’s earlier?) We passed the first motorway stop after 20 minutes but as only wimpy motorbike riders take a break after a mere 20 minutes we kept going… Then there was a sign for the next stop, just forty km, perfect. I was getting a little peckish, thinking about croissants, maybe two today (even though I’m off wheat….) when I realised we had left the motorway. This is not good. There are no motorway restaurants OFF the motorway. Well hang on a minute, those restaurant are not all that great anyway, some of them only have coffee machines and pre-wrapped croissants. We’d find a nice cafe/bar along the road with really good coffee (I don’t drink coffee, I was generously thinking of Denis) and fresh croissants.

Finally I gave Denis the sign that I had to have food now (hitting him on the back while shouting through open helmet, “Food, Food”, we didn’t buy the latest blue tooth communication system, I prefer to spend the money on food and what would we talk about anyway?) and he took the road for the next signposted town. 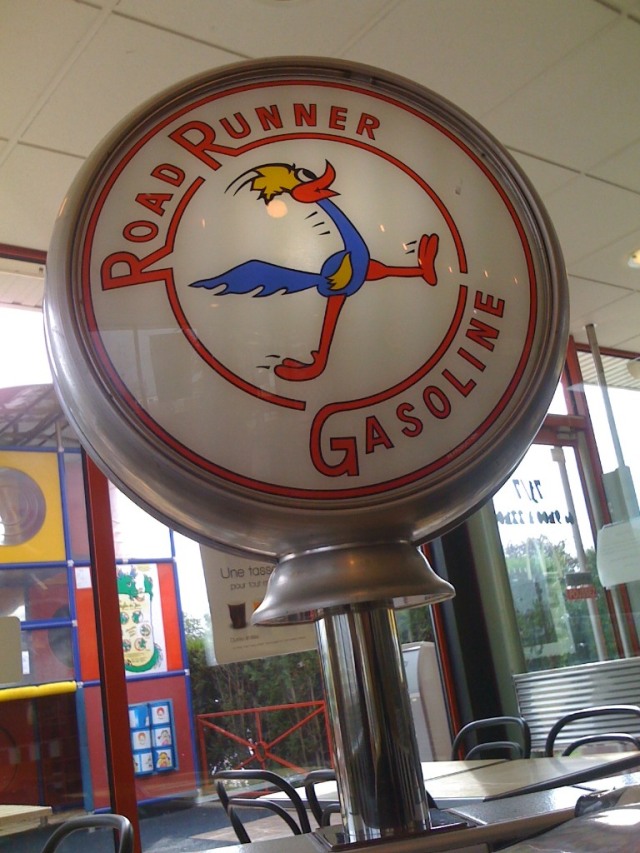 (McDonalds, somewhere off the road…)

And you’ll never believe what we found….. McDonald’s. Now, I know there’s some among you who would not eat breakfast (or anything else) in Mc Donald’s, I was like you. After I read the book Food Nation  I couldn’t darken their doorstep. But.. like I said in Reims, French McDonald’s is different. Ok, ok, I was hungry and there was nowhere else! This was not a McCafe but they did have little pancakes.

So next time we’ll stop at the first motorway stop…. there’s something about this that reminds me of the Menu Board Dance……

This entry was posted in Newsletter. Bookmark the permalink.

1 Response to Tales from the Road 8