(Close up of the scone mixture I made today… looks ok doesn’t it?)

Isabel gave me a book called Illusions by Richard Bach. He wrote Jonathan Livingston Seagull, a book about life from the perspective of a seagull! I like this new book. It’s a story set in the 1950’s about a guy who flies a two seater plane to small towns in America, then sells plane rides around the neighbourhood. One day he meets Don, who has recently quit his job as a Messiah….. 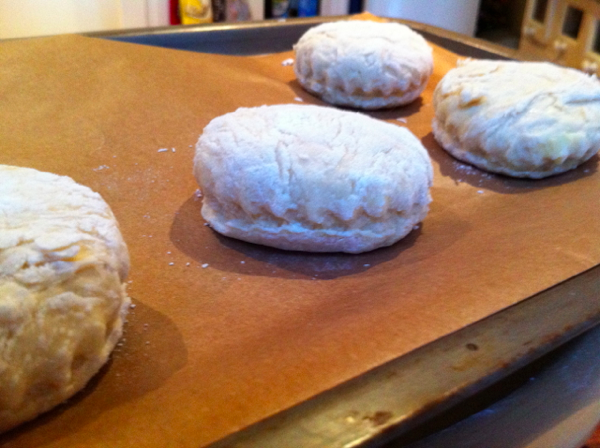 (The scones before they went into the oven… still looks ok but I forgot to put in the raising agent… that means we’ll be having rock buns!)

I’m at the bit where our hero is leafing through Don’s Messiah’s Handbook. It’s full of snappy little messages. I am considering this one today…There is no such thing as a problem without a gift for you in it’s hands. You seek problems because you need their gifts.

So here I am wondering…. if I went for the particular gift I needed could I just bypass the whole problem thing?