Yesterday we went to the Modern Art Gallery in Florence. You would thing there was a theme here because we also went to see modern art in Venice. There was a difference between the two… in Venice the artists were still alive, in Florence modern art is art from the 1800’s and 1900’s! There was one room dedicated to a still living artist…. 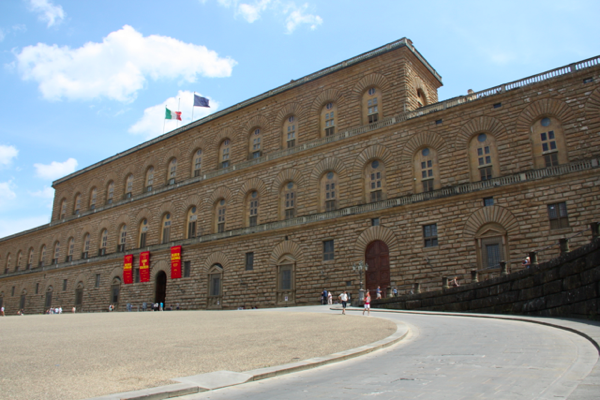 It was housed in a former palace of the Medici family making it a lovely setting and there were very few visitors, so that was great. The Medici were big in Florence, they started the banking system and they supported the arts, in particular Leonardo da Vinci, Michelangelo and Botticelli. It seems their best only lasted for a hundred years but they filled a lot of good stuff into that time! 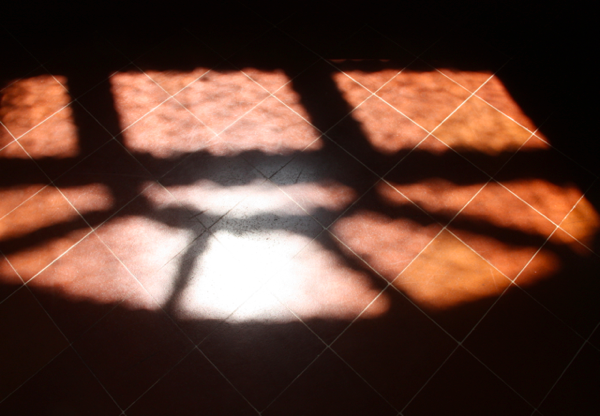 After the art we wandered towards the Ponte Vecchio and the Duomo, we were going to see a concert at 5pm. It was hot and we thought it might be a good time to indulge in ice cream, so we stopped at the first ice cream shop. I ordered a big scoop in one of those fancy cones and Denis followed suit with a different flavour,  and then he asked “How much?” The guy behind the counter said “Ten euro.” Denis, thinking the language barrier had gone up, asked again, (with a slight incredulous tone) “How much?” It was still ten euro…. 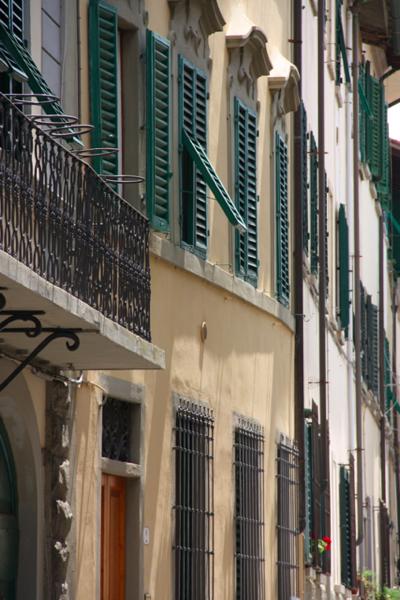 (Pretty and ordinary in Florence)

Unfortunately, (or possibly fortunately…) I was licking my cone (I didn’t want it dripping, did I? It was yummy) so there was no way out except to pay. It’s a reminder: You are responsible! At no point between the thought “ice creme would be lovely” and the licking of said ice cream, did either of us ask “how much is the ice cream?” We didn’t care enough to ask! We wanted the ice cream! Once the terrible truth is out (we just spent €10 on ice cream!) there’s a tendency to blame everyone else for our lack of responsibility. But there’s no one to blame… well, except us! So eventually we forgave ourselves and ate the ice cream and it was still yummy…. 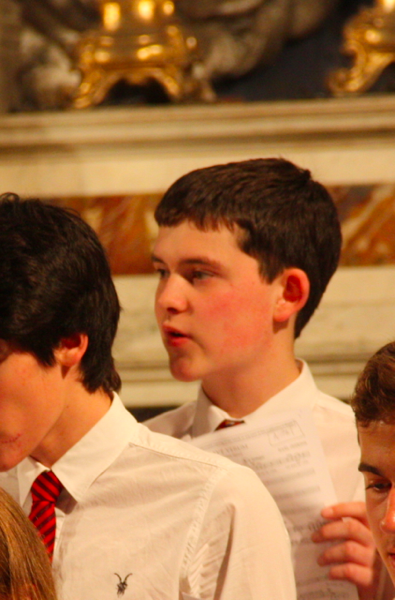 Then we went to the concert. My nephew (and god child) Kieran was doing a short concert tour of Italy with his school and last night they were in Florence. I had got that much information months ago but as we are much slower at planning than my brother’s family (or indeed my brother’s family’s school!) I didn’t know if we would be here on the particular night. Now we were and I thought it might be a nice surprise to turn up and say “Hi!” We found the church where they would be performing yesterday, it was in a little street next to the Duomo and last night we arrived just in time and took our seats. I spotted Kieran in the front and as I didn’t want to put him off his performance I sat quietly in my seat…. until the second last item on the program, the string quintet. 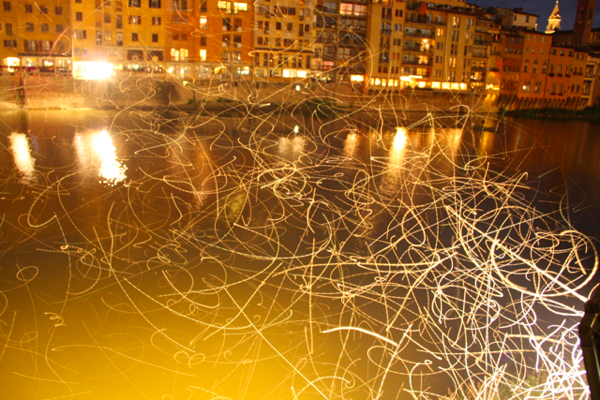 Kieran had given up his seat earlier for extra audience members who, hearing the music, were coming in from the street and he was sitting on the floor right beside our pew. So I leaned forward and caught his eye. At first he had that look that any teenager who is eyeballed in church by an adult gets, “oops I must be doing something wrong” (he wasn’t!) Then his eyes opened wide and he looked very confused and finally he started smiling and waving. They were off to their hotel on a ninety minute bus ride after the concert so only enough time to hug and kiss and tell him how we found him. Then we told his parents, by email, how well-behaved he was and how clean he looked! 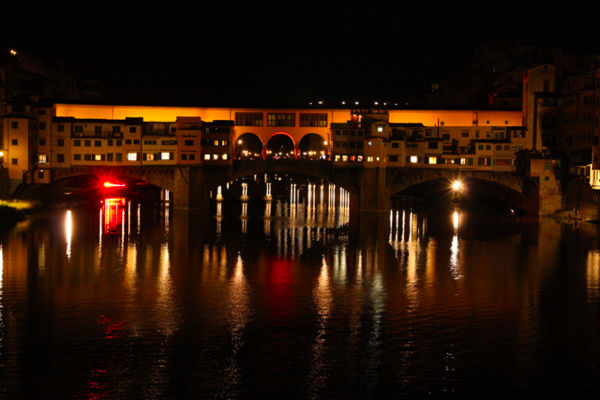 (The Ponte Vecchio at night)