(Buildings in the port town of St. Martin de Ré)

Very busy weekend. On Friday we went to Île de Ré (thank you little brother for the suggestion). It’s an island joined to the mainland (at La Rochelle) by a beautiful 3 km long bridge. It’s a toll bridge and we were very fortunate that the toll people think September is winter! Because… the toll is only €8 in winter (€16 in summer) and you only have to pay going in one direction! I suppose you could call it a return ticket.

(One of the lovely shops)

My brother had helpfully sent me a link to some information about the island and we decided to pick one of the little towns, St. Martin de Ré and wander around there. There’s really only one main road going around the island and lots of walking paths, cycle paths, beaches and little towns. They harvest sea salt, so there’s lots of that too. 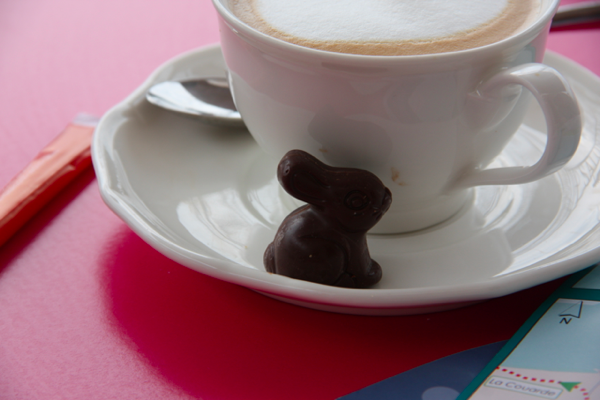 The bridge was built in 1988 and before that transport to the island was by ferry. So there’s a lost in time feeling to the place, no big buildings and everything has a shabby chic look (I read that in the tourist office…) St Martin de Ré is a port town with the sea on one side and fortified walls around the other sides. It’s very pretty with lots of cafe’s and restaurants and little shops.

(There was (inexpensive) ice-cream!)

I found an adorable little antique shop (really an old-stuff shop) and I couldn’t resist a little something within my price range – an old tea towel with the letter M embroidered on it for €4.

(Window shutter, I think this is shabby chic… but it could be just shabby. I really like it whatever it’s called)

We went to the Green Venice on Sunday, but that’s for tomorrow, Mairead.

I live in Ireland☘️ and sometimes travel with my husband in our motorhome. In April 2022 we will be visiting France, Spain and Portugal. I will be writing here.
View all posts by Mairead →
This entry was posted in Blogroll, Travel and tagged Île de Ré, coffee, France, photography, travel. Bookmark the permalink.
%d bloggers like this: