Somewhere Between Krakow and Budapest 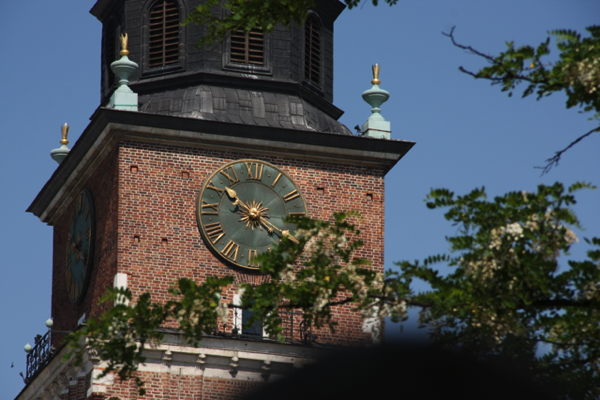 Right so, we’re in Budapest. It was very late (well, 8.30pm) when our train arrived into Budapest Kel station. But in spite of the lateness, the ten-hour train journey and our tiredness we managed the transfer from diesel train to underground metro to city tram very efficiently. Our new host met us at the door (just around the corner from a McDonalds… so if the wi-fi doesn’t work we’ll know where to go… of course we won’t) and when we understood the door code and the previously mentioned wi-fi code we set off to eat. We took the first easy to understand restaurant… we had pizza. 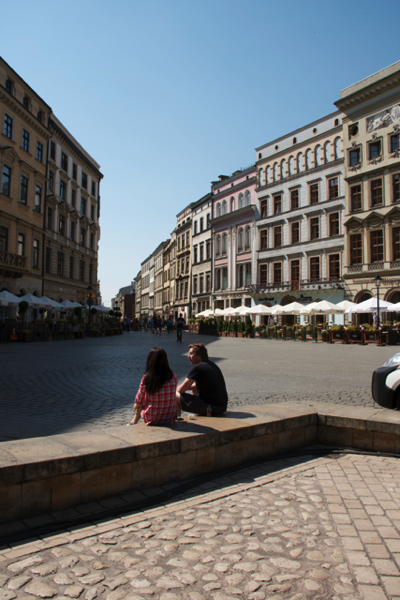 All that means we didn’t see Budapest yet, but I’ve been scanning the multiple guidebooks left for us on the coffee table and if the photos are anything to go by Budapest is beautiful. We’ll get a chance to confirm that as we’re planning to go on another walking tour later. 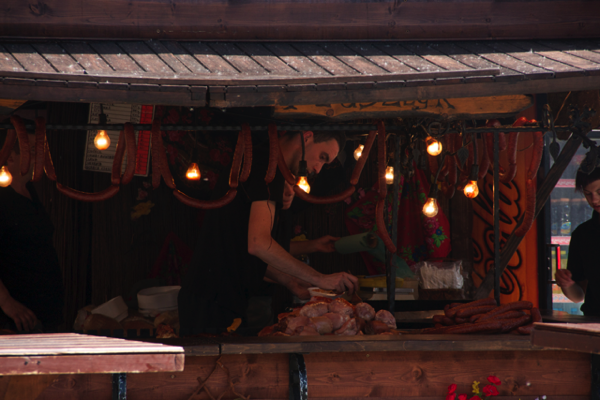 Meanwhile, I feel like I’m in a travelling zone between one country and the next where I’m the same as I was yesterday but the place has changed. When we get to a new place we immerse ourselves as completely as possible in that place. You can’t help but eat the food, use the money, try the language, connect (even superficially) with the tour guides, the ticket sellers, the waiters and waitresses. But added to that you hear the history, the history of the living. There are people living here who have lived during a terrible war, through a communist take over, through communist ruling, through the fall of communist rule. And they continue to live through the emigration of their children. So I’m still emotionally still in Krakow (even though the history is probably very similar in the Czech Republic and in Hungary.) 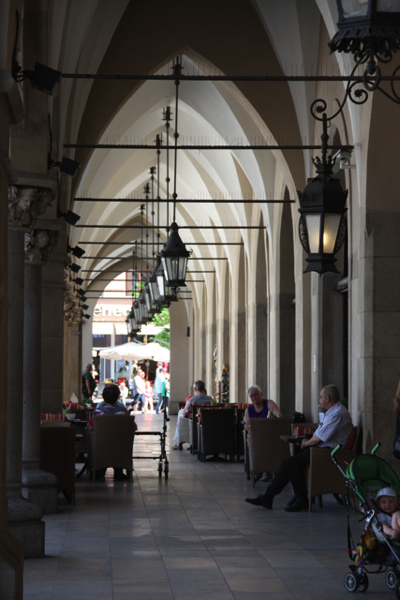 (Shade and a coffee, sigh)

As we walked around Krakow we often saw little groups of school children walking in twos after their teacher. They usually had matching peaked caps, bright yellow and orange are popular. The first time I saw them I was struck by the thought that they may grow up and move to Ireland and I felt really sad. Even as I write it makes me feel sad again. Not because I don’t want them to come… I don’t want them to leave… 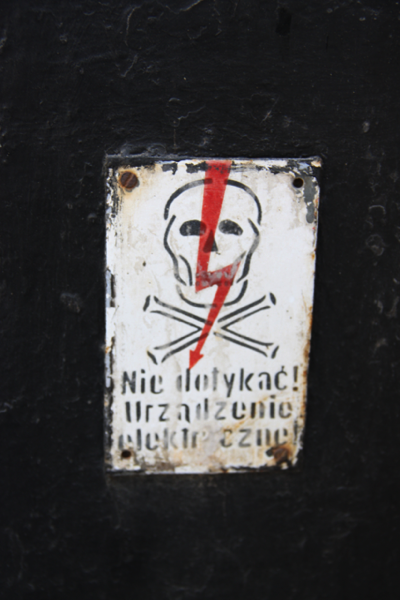 And I don’t want to leave Krakow either, Mairead.

This entry was posted in Blogroll, Travel and tagged choices, Krakow, photography, travel. Bookmark the permalink.

1 Response to Somewhere Between Krakow and Budapest