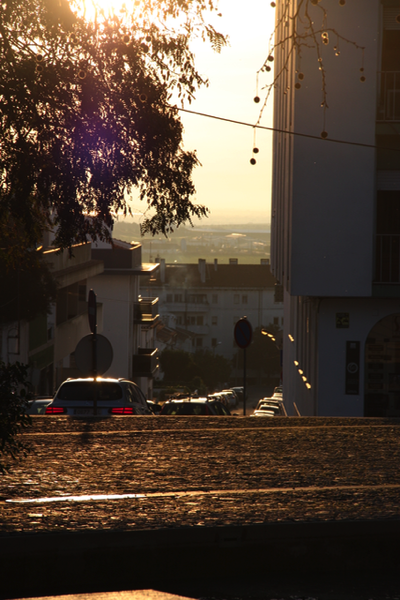 (We left Beja on Saturday morning)

We finally had to leave Beja. It had been eleven days and it was time… to leave the great toilets, the brilliant library, the very convenient supermarkets, the just-up-the-road McDonalds, the interesting churches and chapels, the restaurants, the cafes and the happy man in the museum. 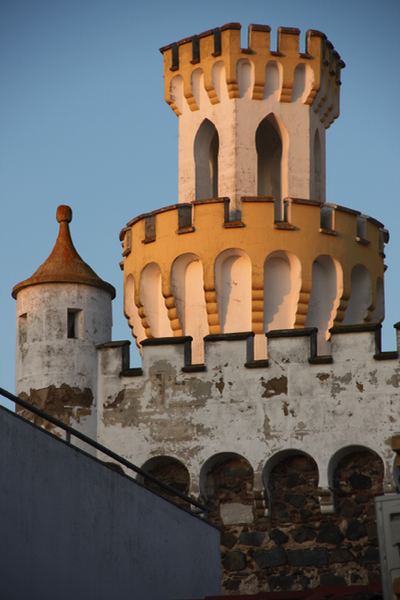 (There are lots of chapels and churches to visit)

One day last week I went off exploring the town and found a little church with a museum and something else – a happy man. I had been to a few of these churches with museums while we’ve been in Beja. There are always very friendly attendants who go to pains to explain in English that if I have any questions, please ask. Generally, I don’t have questions because everything is so different. I am too busy getting my head around what I see to have any.

(This is the one with secrets…)

This attendant was different. He did tell me if I had any questions I should ask and then he said “but, before you start looking could I tell you some things about this church…” Of course! There followed a private tour with a man who loved his work. He told me the church was built in the 14th century. That it used to be a lot bigger. That the garish gold decorations were a later addition. He didn’t actually say garish but I know he meant it! Each of the churches I’d been in had this gold paint covering everything. Well everything except for the 1950’s style statues that you might see in any convent in Ireland.

Hearing that the gold was not the original made my eyes light up because I had noticed when I walked into each of these churches a deep sense of calm, but then I would see the gold paint and wonder how it was possible that such a flashy place could be so calm. The attendant saw that he had caught my attention and pointed to the wall near the door, saying it was marble, or at least that’s what I thought he said. I had noticed the wall, it looked like a painted green marble… was it possible it was really marble? I went over to touch it and he exclaimed, “Noooo, that’s just like the gold. Here, this.” He was pointing at the holy water font, a beautiful simple basin with simple carved lines. It was real, no gold, no green and it was cold, very cold like real marble. Because it was real marble. They had to rip away the fake marble to expose it. Then he said, “We also exposed a secret passage. Would you like to see it?” Yes. Yes, I would!

(…and real marble, behind the fake marble)

He walked over to the altar, grasped two sides of the gold front, something clicked and then he lifted the front away. Inside there were bricks and what looked like a door gap that had been cemented closed. “Oh yes, I see” says I, but he says “Noooo, look over this way” and to the left of the cement door I can see a gap running behind the fake green marble. And I can see tiles, the pretty blue Portuguese tile that you see everywhere here. Again he say “Noooo, they are not tiles, they are frescos! From the 14th century!” O my Goodness, they looked like they were in perfect condition, they had been protected all this time by the horrible green fake marble.

(Anyone educated by nuns will recognise the statue. Under it is the panel that opens to reveal the secret…)

In case you didn’t know, I used to be a tour guide at the Rock of Cashel… There are old, but very badly deteriorated frescos in St. Cormac’s Chapel, a 14th century building on that site. Frescos (from Wikipedia: Fresco is a technique of mural painting executed upon freshly laid, or wet lime plaster) are a big deal! Here in the small church in Beja there are 700 year old frescos in near perfect condition. (I was too stunned to take a picture!)

I live in Ireland☘️ and sometimes travel with my husband in our motorhome. In April 2022 we will be visiting France, Spain and Portugal. I will be writing here.
View all posts by Mairead →
This entry was posted in Blogroll, Travel and tagged Beja, little things, photography, Portugal, story, travel. Bookmark the permalink.