(Over and under the Millau Bridge)

Ah the journey is nearly over… we are getting closer and closer to Cherbourg and our boat home on Wednesday. We were in Spain the last time I wrote, in pouring rain and although the rain is pouring again we had a week of sunshine. We have started travelling in one hour segments off the toll roads and it was a little disconcerting to begin with but I’m glad we did. We have been in some beautiful places… We decided to go over the Millau Bridge and then under the Millau Bridge on our way to a campsite. The road over it is very wide… the roads under it are not and some of them say No Camping Cars… 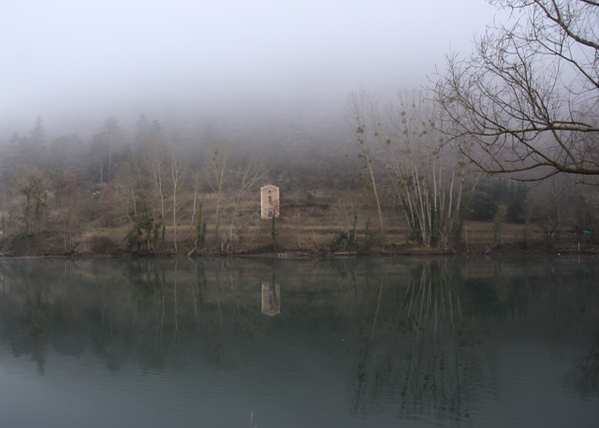 (Fog filled campsite in the valley of the Tarn river. There is a hill directly behind the house in the picture)

Finally we reached our campsite on the side of a hill in a village called Saint-Rome-de-Tarn (Midi-Pyrénées). The reception was at the top of the hill and three hairpin bends later we were at our pitch. There would be no climbing back up on foot if we needed anything. We didn’t need anything. And the toilets? They were magnificent! The showers also! Next morning I took the photo above while wondering how we would navigate out in the fog. 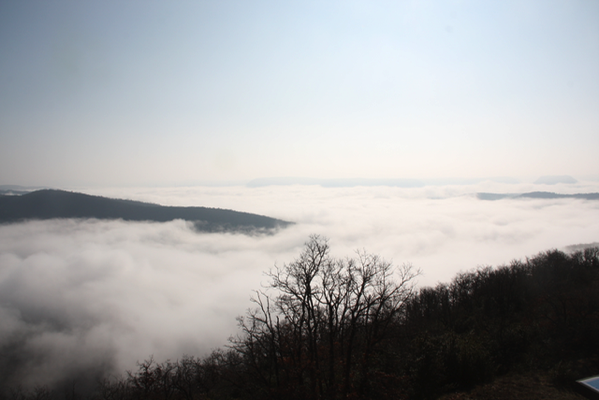 (Rising above the fog filled valley)

But I needn’t have worried, there was fog all along the valley but as we drove higher the sun broke through. We stopped to get a picture above the clouds. It’s funny to think that a village up there would be in sunshine with a respectable 9º while twenty minutes down at the river it was 2º. 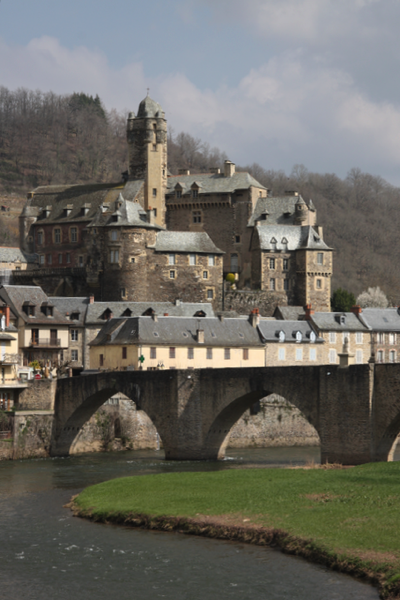 We were heading to a camping car overnight parking in the village of Montsalvy (Auvergne) but with twenty minutes to go there was a diversion. No problem, Molly was on hand to find a way… Unfortunately, Molly thinks we are a little smaller that we actually are and tried to send us on paths we might have been hard pushed to fit on walking side by side. We rejected many of them but eventually we took one and had a bit of a mystery tour. 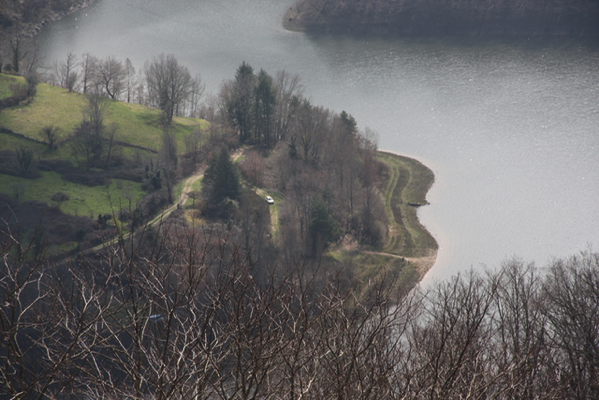 (Can you make out the white van on the road?)

An hour later we stopped at a lay-by on the side of the road to have lunch and took the photo above. It was glorious, cold but sunny so we bundled up and had lunch at the stone picnic table. 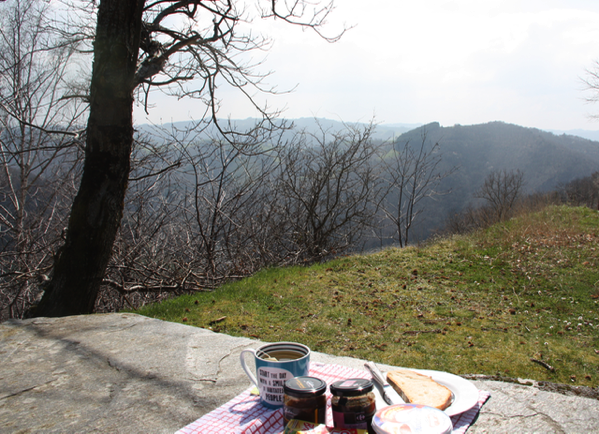 (Lunch on top of the mountain. Reward for surviving!)

We set off again full of smiles. Then the road got narrower. We entered at least five villages where we weren’t sure if we could squeeze between the houses, let alone what would happen if we met another car. There were no other cars. There was a tractor. When I saw it coming I covered my eyes! But they must make them brave around here because even though he was on the steep drop side he drove up on the kerb and was gone before I remembered to breathe. Viva les français!

(Each camper space had a hardstanding, hedge of privacy (!) a grassy area and a picnic table!)

We left the day foggy campsite at 9am and sometime in the afternoon we finally arrived at Montsalvy our home for the night. Because it’s winter (I think that’s what the sign said)  there would be no electricity, no water and no toilets, but it was completely free and very pretty. 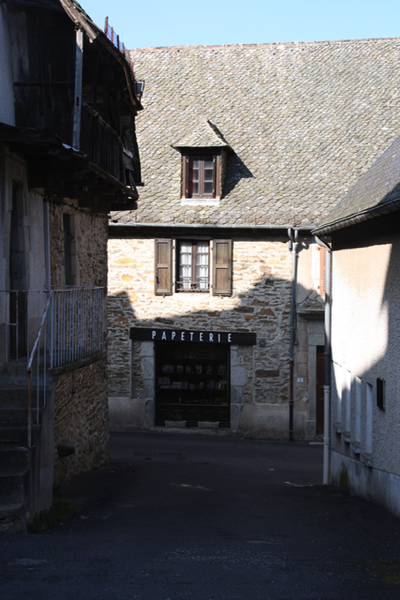 (I got very excited when I saw this shop. They sell craft paper! No, they office supplies!)

I woke in the middle of the night and thinking it might be morning looked out the window. There was a full moon and all the trees were silhouettes. No pictures but I took one the next morning. In black and white it’s a close-ish proximity to what I saw during the night. Minus the moon. This is like a magic place. 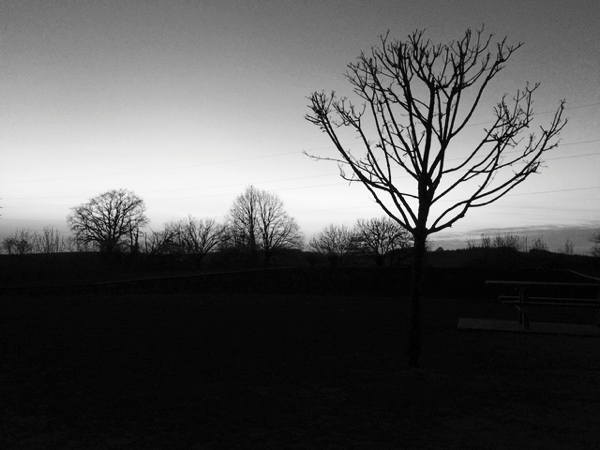 (The view from our bedroom window at the free overnight spot)

I will remember this day for a very long time, Mairead.

I live in Ireland☘️ and sometimes travel with my husband in our motorhome. In April 2022 we will be visiting France, Spain and Portugal. I will be writing here.
View all posts by Mairead →
This entry was posted in Blogroll, Travel and tagged little things, nature, outdoors, photography, travel. Bookmark the permalink.
%d bloggers like this: