(Not actually a casino…)

It’s raining today and has been since the middle of the night. We are near Bordeaux, in a supermarket car park. We drove for a couple of hours in foggy misty rain to get here and I went for a nap as soon as we had settled. It’s still raining now and because it’s a Sunday the supermarket has been closed since before lunch so not a lot happening around us. We do seem to be near an airport because I can hear low flying airplane noise. I’ll go out when it eases and take some photos of the empty car park and see if I can make it look interesting! 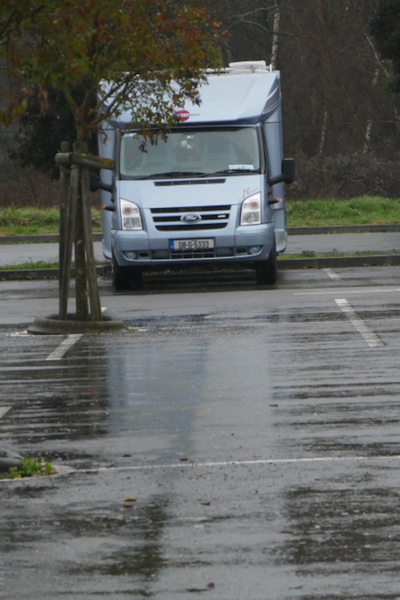 That’s the thing I like most about going somewhere I’ve never been before, noticing ordinary things… 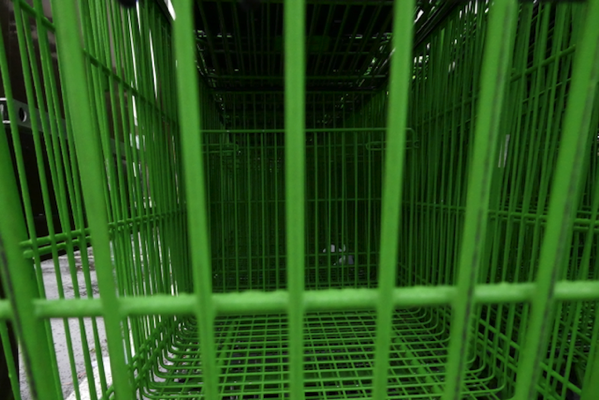 (The trolleys are green)

For instance here it’s the colour of the trolleys, I hadn’t really noticed that trolleys are different colours in different supermarkets. The trees, there are trees. And the absence of people. It would be unusual to find a supermarket car park in Ireland this deserted on a Sunday afternoon. When we moved to Greystones first the big supermarkets didn’t open on a Sunday at all, the car park was where learner drivers went to practice and the odd car boot sale was held. 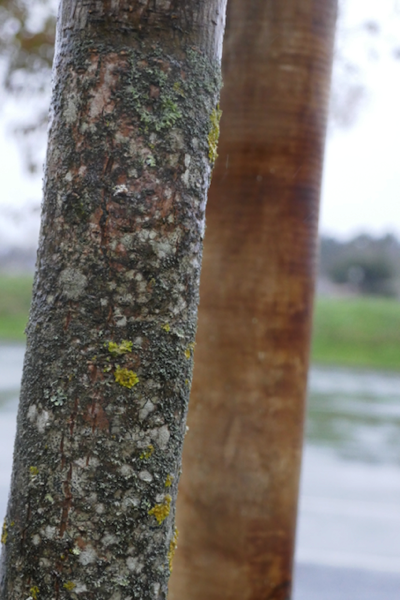 I back in and I’ve done my best with the photos! Just checked my weather app – it looks like it will be raining until nightfall. Then i noticed it’s exactly the same temperature here (11℃) as Greystones, Wicklow, Dublin, Cashel, Cloyne and Celbridge and it’s raining in all those places too except for Cashel. Breaking News: The weather is better in Cashel, Co. Tipperary than the south of France! Maybe I should do a weather report once a week comparing weather in those places in Ireland with wherever we are at the time. Could it be the best weather is always some place in Ireland? Could be…