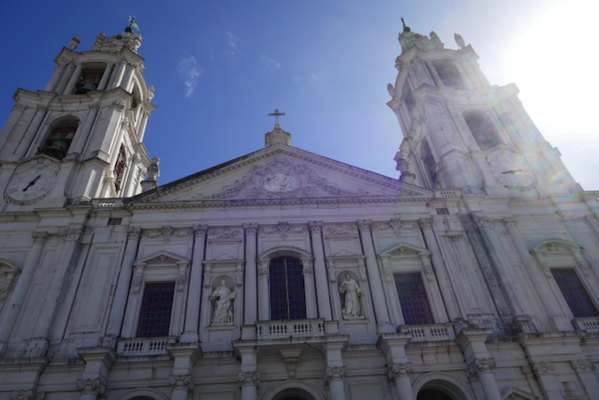 (Here’s the King’s balcony from the outside)

We finally left Mafra and set off for Sintra and although we did arrive just outside Sintra we didn’t arrive in Sintra. It was very busy and very narrow and it wasn’t clear that we were welcome in the car parks. So we pushed it to next week because there are loads of trains that deliver you comfortably to Sintra from Lisboa. 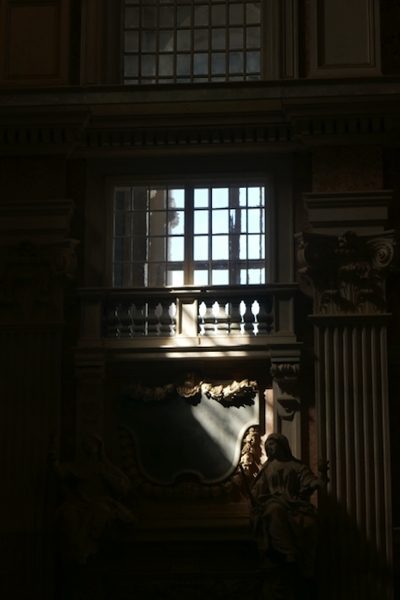 (The King’s private window into the Basilica)

Now we are in a very well serviced supermarket car park… there are camper places, water dumping and loading facilities, toilets, a cafe and… laundry machines! Yes it’s that time again. I have been a little concerned that my wardrobe (or repeat wearing of it…) might be a problem in company. As in, I might not be as sweet-smelling as one would hope. But that’s all ok now, clothes are clean and have nice smells. 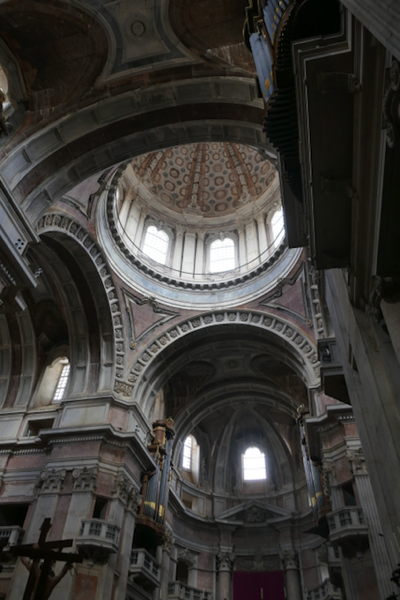 Yesterday I went back to see the Basilica part of the Palace of Mafra. It’s not part of the paid visit, it’s free. I don’t think I mentioned that on the opposite side of the corridor to the King’s balcony, there are three windows that look into the Basilica. So the king and the other royals could look in on the ceremonies or listen to the music without having to officially attend. And there was a lot of music to listen to as King João VI had decided he wanted six church organs. He then commissioned collections of music to be played only on those organs, nowhere else. He probably really liked music. 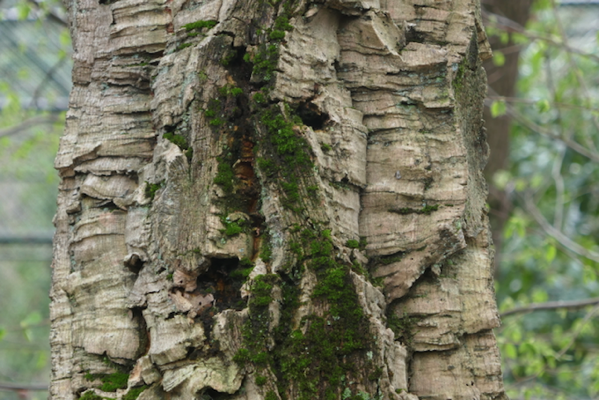 (No shamrock so instead here’s another look at the Portuguese cork tree with green lichen from the Parque Biologico de Gaia… Cork and Green that’s almost shamrock, right?)

We had stayed our 48 hours in Mafra and had to leave our parking spot. As it’s on a height we kept seeing the Palace as we drove on making us say every single time, in unison, ad nauseam, wasn’t Mafra lovely?  It made us laugh, we are easily amused.

We’ll be back, Mairead.

I live in Ireland☘️ and sometimes travel with my husband in our motorhome. In April 2022 we will be visiting France, Spain and Portugal. I will be writing here.
View all posts by Mairead →
This entry was posted in Blogroll, Travel and tagged Basilica, camper van, little things, Mafra, National Palace of Mafra, photography, Portugal. Bookmark the permalink.
%d bloggers like this: