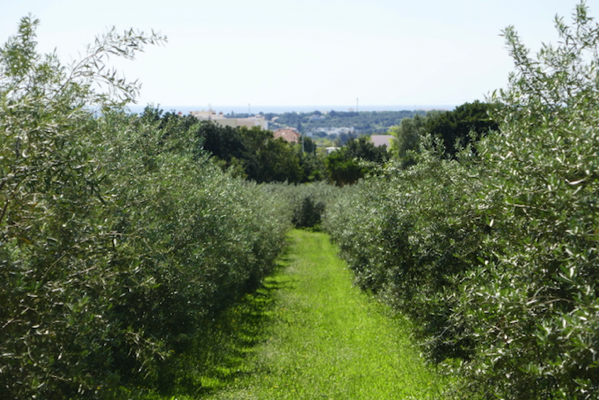 (One of the olive groves)

There’s an Olive Farm in our adopted town and you can go on a tour. I went along on Friday. It’s just across the road from our garage so we had spotted it last Sunday but it was closed. I booked the tour online and then arrived at the farm at 10am. Two mini busses were arriving at the same time. It turned out they were both full of Sweden visitors on a holiday in Portugal. They had their own Swedish guide who lives in Portugal and speaks Portuguese and French and Spanish and… I can’t remember the other languages. She was so friendly and generously said she loves listening to the Irish accent (what accent?) 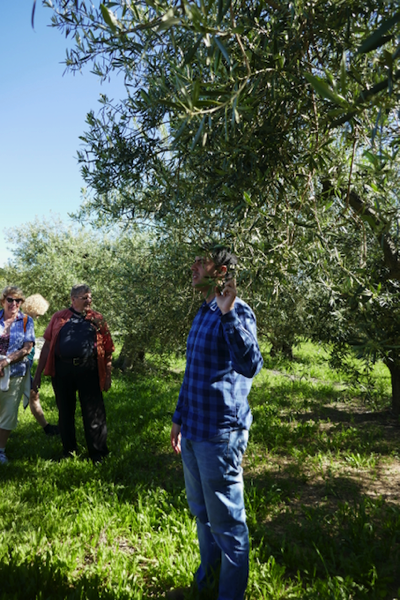 (Tiago and the olive plant)

The tour was conducted by Tiago (Portuguese for James… like Saint James of Santiago de Compostela and you might remember S.Tiago in the church in Soure?) who spoke perfect English. His tour was really interesting and the first thing I learned was that there is no such thing as an Olive tree! Olives do not grow on trees. They grow on shrubs. In order to illustrate this Tiago brought us to the oldest trees on the farm. He told us they were definitely over 1,000 years old but because they weren’t trees you couldn’t measure their age by the rings. Also, the center of the main stem (or what we’ve been calling, the trunk) disintegrates with age so that the appearance looks like two trees… but it’s not even one tree, it’s a shrub. 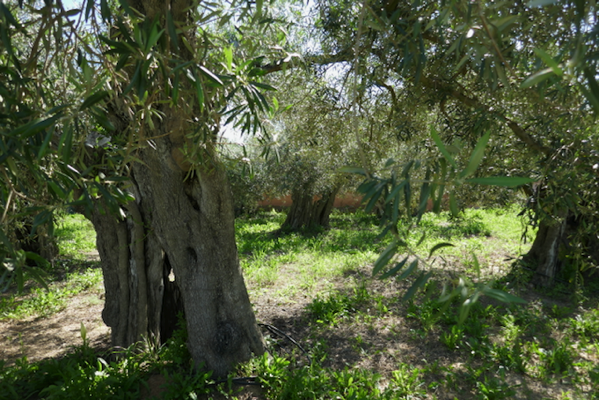 (One of the oldest olive plants on the farm. Can you see the center has disintegrated?)

Tiago explained the process of farming the olives. The yearly pruning by a Spanish team who are experts in pruning and only prune olive plants and travel to olive farms all around Spain and Portugal. The harvesting of the olives happens in September and is all done by hand by a team of thirty people. The number of people is significant, Tiago told us, because they want the time between the olive being picked and the olive being crushed to be less than 3 hours. So thirty people begin work on a section of the farm. First they lay gathering mats on the ground to catch the olives without bruising. Then one group of harvesters wear scissors on their hands and pick off the olives. The next group has combs (imagine a huge cartoon-sized hair comb) and comb out any remaining olives. The next group search for olives missed by the first two. 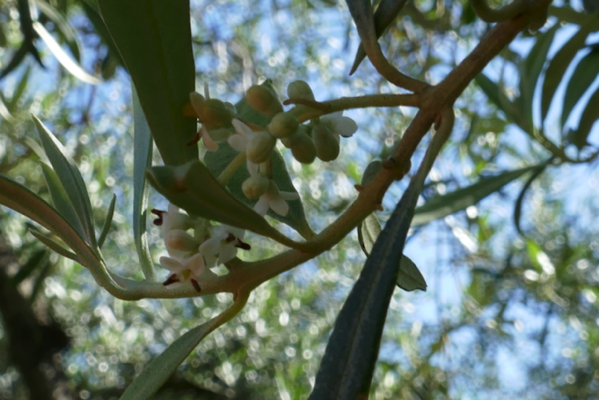 Then the olives are gathered into the pressing shed. They go through a washing machine, gentle cycle, then a hammering machine, then a stone grinding machine  – with actual stone wheels like the old days for grinding flour but in a machine (imagine a machine with stones? I was very taken by this.) Each time the olives go through a machine the output passes through a sieve. Anything left in the sieves will be used next year for compost. So from the stone machine (I think I like the stone machine because it reminds me of the Flintstones!) the oil goes into huge steel cylinders and each day they turn the tap at the bottom and at first they get some debris not caught in the sieves, then they get water and then oil. The day they turn the tap and just get oil the contents of that cylinder is ready to go to the holding tank. Tiago told us that even at this stage the oil is not ready, it is too bitter, it must sit for a while. I can’t remember how long, but I do know about being bitter and sitting for a while sounds very sensible. Just sayin’. 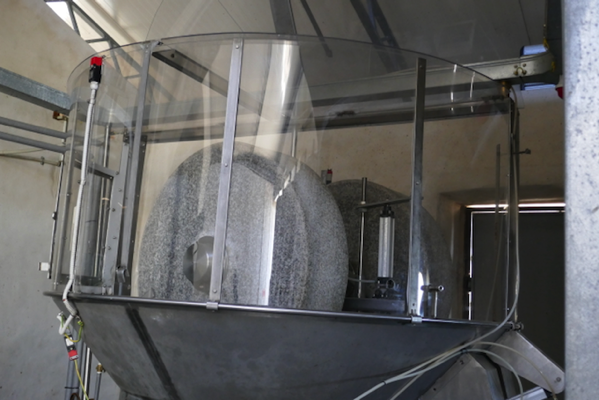 (The stone grinding machine. Can you see the grindstones?)

Then it was time for tasting. I have never tasted Olive Oil… well maybe I should say, I never drank Olive Oil. I remember, for my whole childhood, we had a small little bottle of olive oil in the medicine cupboard. It was used when we had an earache. You heat the oil in a spoon – not too hot – and pour it carefully into the sore ear. It was never used for cooking. Of course as an adult I have used olive oil for cooking. I also mix it with balsamic vinegar for salads… but drinking. I was not looking forward to this. Tiago was such a nice young man I did not want to insult his olive oil but how could I possibly drink it? 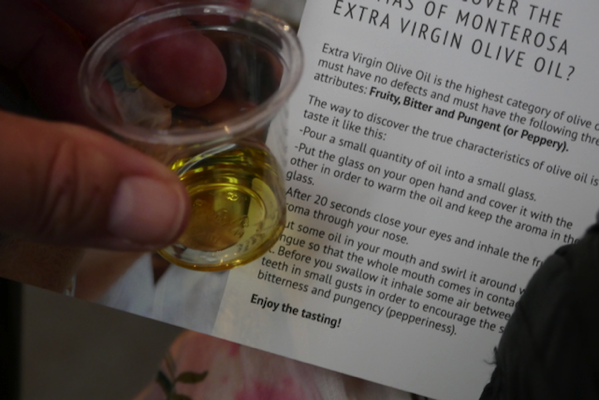 At the beginning of the tour when we were out visiting the oldest olive shrubs one of the people on the tour asked Tiago if it wouldn’t be more efficient to dig up the old plants and put in new ones. Tiago explained there was no reason to do so as neither the quantity nor the quality of the olives diminish with the age of the plant and also it takes years for the young plants to reach maturity… about 20 years! So I suppose I was already feeling the love for Tiago and the olive farmers who tend and care for the old olive plants and I would definitely be doing my very best to swallow this liquid that I was more comfortable putting in my ear… 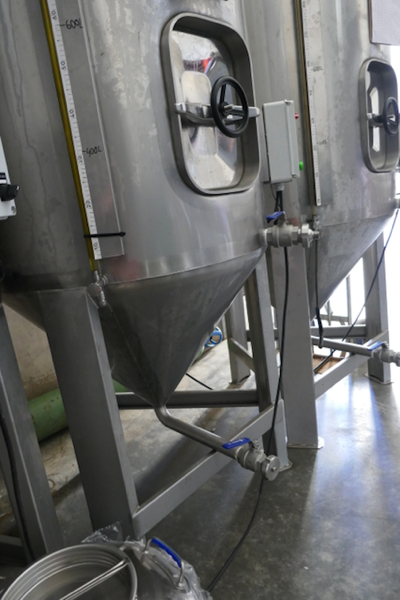 (The huge cylinders. Can you see the tap?)

… but it was absolutely delicious! Really, it was. I’m not just saying it. I am still amazed. I really enjoyed the tour and learned a lot about olive oil. Like, it doesn’t last indefinitely in your larder (or medicine cupboard) probably up to two years but the way to check? Drink some! And if it’s not rancid then it’s still ok and the tests show the vitamin content remains good too. Also, light and heat make it go off faster, so keep it in the dark and away from the cooker.

I will be drinking my olive oil from now on… Mairead.