May Day! May Day! 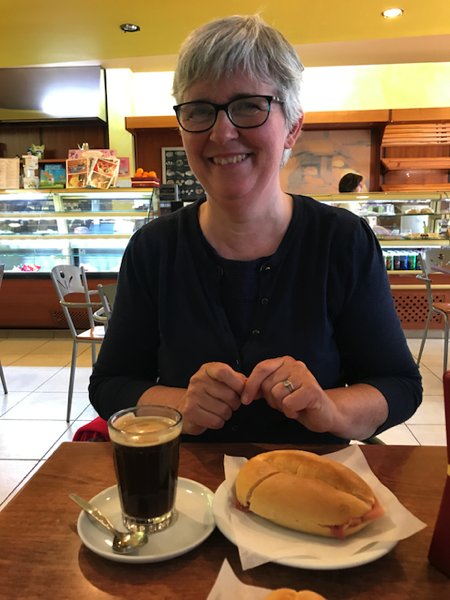 We’ve moved on! We are not at the house of the oranges, we are in Ruby! So, the clutch is fixed. We arrived at 5pm on Monday to pick her up, Denis went for a test drive and all was great. Then he went in to pay… This might be useful information for you some day… the garage doesn’t take credit cards. Nope. What were we thinking? We were thinking, how else would you pay such a huge amount? The answer is: In cash…

(Most, maybe 98%, of the houses are painted white… here’s the rebel)

We went to the bank to get out the cash. The bank was closed. The bank closed at 3pm. Never mind, there’s an atm. You can’t take that much money out, there’s a daily limit on bank cards. Never mind, we’ll ring the bank, get that raised. Yes they can raise it but… only after midnight, come back in the morning… Nooooo! We looked at each other… now what? We rang the Swiss doctor. Remember him from the day we broke down? He said ring anytime we needed help. We needed help.

(We have a translations app (above) and this is how we were going to explain to the mechanic that we didn’t have the money. Do you remember the Popeye cartoon in the 70’s where one of the characters says, I’ll gladly pay you Tuesday for a hamburger today?)

He didn’t know what to do either. We went back to the garage. On the way we extended our stay at the house of the oranges… again. We didn’t really know how to explain to the mechanic that we didn’t have the money. We had both started to say, Problem! when a man came up to us and said, it’s ok I’m here. Do you remember the Dutch man who just happened to be in the garage the previous Monday and translated for us? Well, he happened to be at the garage this Monday to arrange a chat with the boss mechanic about selling his car! He translated that we didn’t have the money but we would be able to get it tomorrow. Then the mechanic said something… It didn’t look like, that’s great! It looked like, that’s terrible! 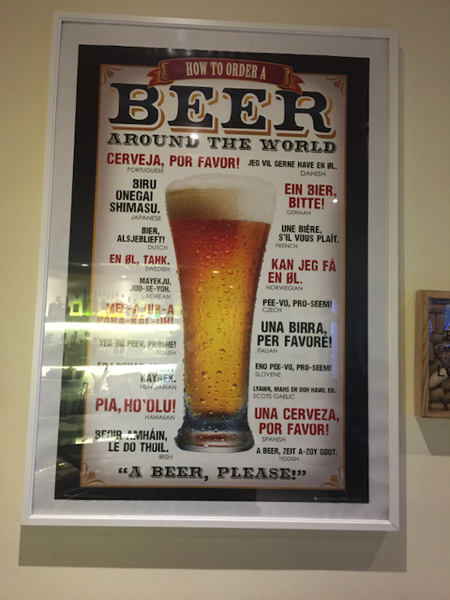 (Helpful poster in one of our favourite restaurants in the town)

It was terrible, because the next day was the 1st of May – a holiday in Portugal. The garage would be closed. The banks would be closed. Most business in the town would be closed. We would have to wait two more days. Another extension at the house with the oranges… But no, it’s ok, our Dutch translating angel told us he was hoping to meet the boss mechanic for a quick chat the next day and maybe he could arrange for us to bring the money then. He took our number and said he would ring later when he knew. We went to sit in the square. He rang, yes we could meet the boss next day at 10am! 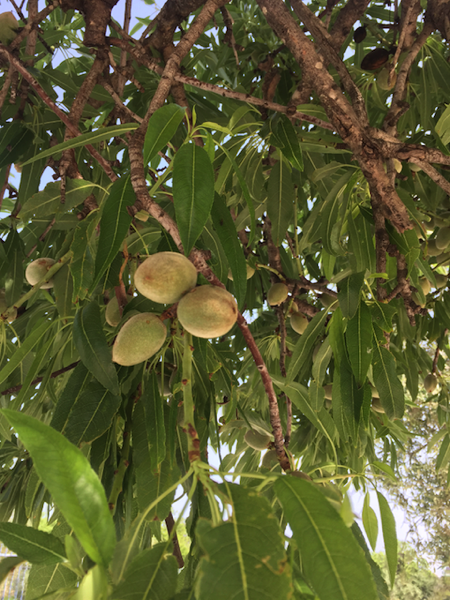 (Saw these olives on an olive plant (remember plant not tree!) on the road near the school)

I did not sleep. At 9am we arrived at the atm. Everything was going to be fine…right? Not yet. Our limit had been raised, we started taking out the bundles of cash and then we reached the atm’s limit per card. There’s an atm limit per card… (I hope you’re taking notes.) We still didn’t have enough money. We found another cash machine… it was out-of-order. We did that look again, the one where hope ebbs away. We rang the bank again. Ok, if we buy something using a card at a shop it will reset it. We bought a box of After Eight (I found them very useful later) at the only shop open in the town. The After Eights didn’t reset the card.  We wandered around the town for another twenty minutes looking for another atm… Then we realised we could get cash out on our credit cards… We had two credit cards, we started withdrawing money. (FYI: There’s a card limit on those too.)

(One of our favourite tapas dishes last week)

We sat on the footpath outside the bank counting the bundles of notes. (It was a lot of notes – the atm’s in Portugal only handle €20 and €10 notes…no €50 notes.) We finally had enough cash. We set off for the garage. The boss mechanic was there, we handed him the notes and he handed us the keys. We said goodbye to out translating angel and we drove back to the house of the oranges one last time to load up our stuff.

I might have cried on the phone to the lovely lady called Leanne from the Revenue help line later that day but that’s another story. Mairead.

This entry was posted in Blogroll, Travel and tagged all is well, challenges, motorhome, photography, Portugal, problems, story, travel. Bookmark the permalink.

1 Response to May Day! May Day!