We’re still here at the beach just beside the Canadian War Museum. The town has two names, first, it’s called Courseulles Sur Mer. It had that name before D-Day in 1944 but it got a code name when the Canadian army were planning to land here during the war. Its code name was Juno Beach. We went to visit the museum this afternoon and of course I was tearing up again. Especially when I saw the list of names scrolling past on the ceiling:

(Thirteen and a half hours…)

Canada was sparsely populated in 1939 so that’s a big portion of their young people. Then we saw a movie and it’s just as well it was dark. There was a bit at the end with a present day Canadian family walking along the Juno Beach talking about the soldiers who had died here. As they walked along into the distance they were being followed by ghostly images of soldiers walking in their footsteps. With the title rolling up the screen, They walk behind you… severely tear inducing. 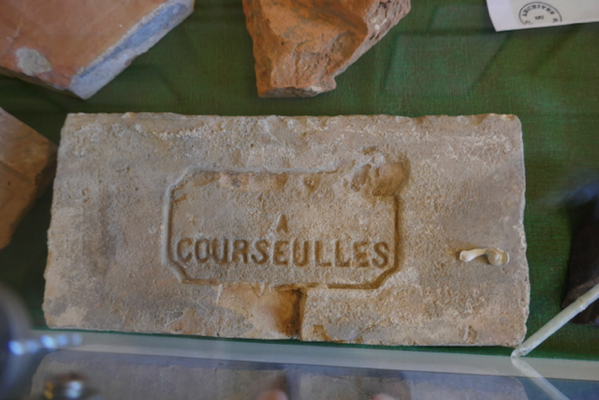 (From the brick factory)

I thought a walk in the town might cheer me up and it did, but wouldn’t you know it I found another museum. Fortunately, it was all in French so I was spared any sadness. It seems they made bricks here with the name of the town on them. There was more lace and a couple of spinning wheels. Afterwards I visited a very sweet looking cafe nearby where I sampled some coffee and met some Frenchmen. I even asked if I could take their picture:

There seems to be a theme already on this trip… Museums and Frenchmen. Mairead.

This entry was posted in Blogroll, Travel and tagged France, motorhome, travel. Bookmark the permalink.
%d bloggers like this: