On the coldest day so far…

I’m back to getting up early and if I managed it this morning I’ll manage it anytime. It was freezing in the van. The thermometer said 3 degrees so I suppose technically that’s not freezing but you know what I mean.

Fortunately we had the free electricity so I turned on the electric heater along with the fan heater. Then a funny thing happened. The temperature outside went down…as far as 1.2 degrees. I thought the temperature could only go up once it was morning… no I really did. But the sun wasn’t up yet so there was no possibility of a bit of heat from outside. Fortunately inside was getting toasty. I’ve run out of celery, sadly but I had some lemon and hot water instead and set about writing.

(I’m guessing it says no entry?)

I’m reading a very interesting book at the moment called Can’t Hurt Me it’s by a guy called David Goggins. He’s a Navy Seal, that’s the US Navy’s elite forces. Men who go through really really tough training to be the best in their field. I’m sort of surprised I like his book, he’s a tough guy but very inspirational at the same time. 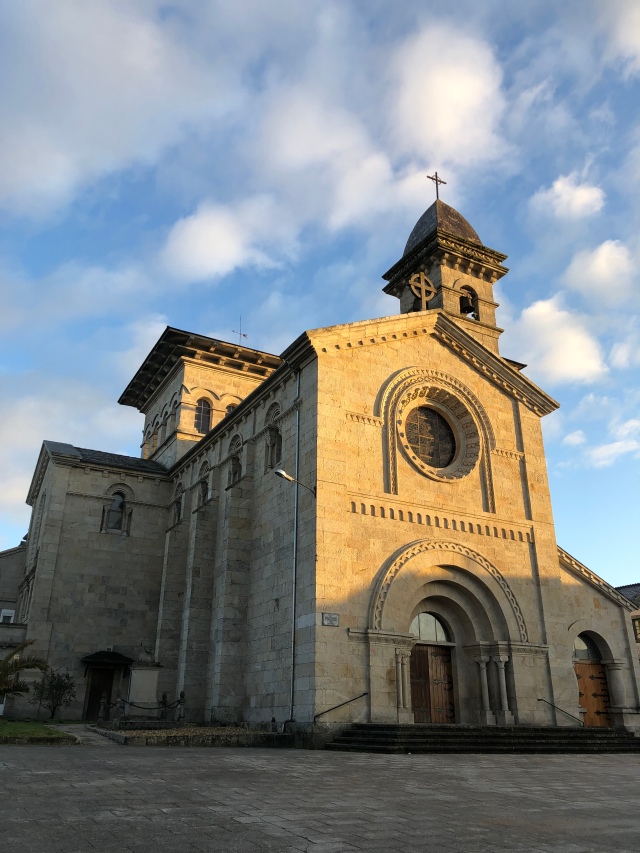 (Early morning sun on the church in Guitiriz)

He talks about pushing through pain and doubt when he was training to be an elite runner, that’s running 100 miles or more in a race that lasts 24 hours! That’s 4 marathons! With no sleep!

I’ll probably never (I mean I’ll definitely never) be running 100 mile/24 hour races like he has but he does make me think I could do more than I am. Remember I was considering going back to the couch to 5km running? Well I had only just considered that when I spotted his book. Coincidence? Maybe not…

But it’s not just about running. I often have great ideas for making art and selling it and writing books and publishing them but something always stops me. Pain and doubt stop me. I’m not talking physical pain. This is emotional pain and it’s embarrassing to admit that.

(Back to Foz for another breath of fresh air)

Emotional pain starts with a mean little voice. The little voice says things like, you’re just not very good, that’s been done before by someone else who is far better than you, you don’t know how it’s done, you’re embarrassing yourself. 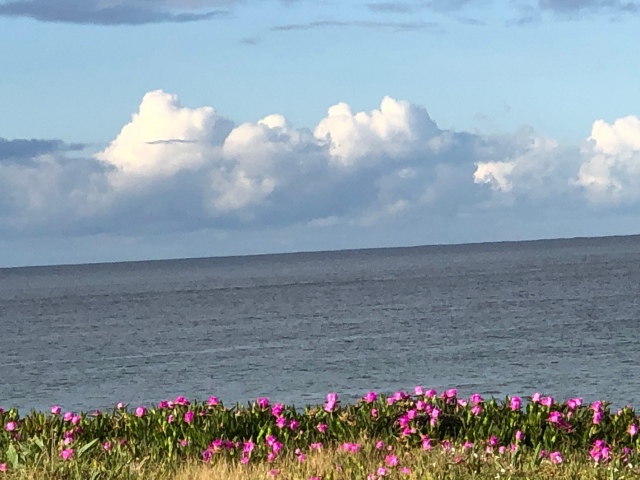 By the time you realise it’s just some random thoughts in your head the doubt has set in and you’re asking yourself why would I put myself through this pain? And if you have no reason you will stop putting yourself through the pain. 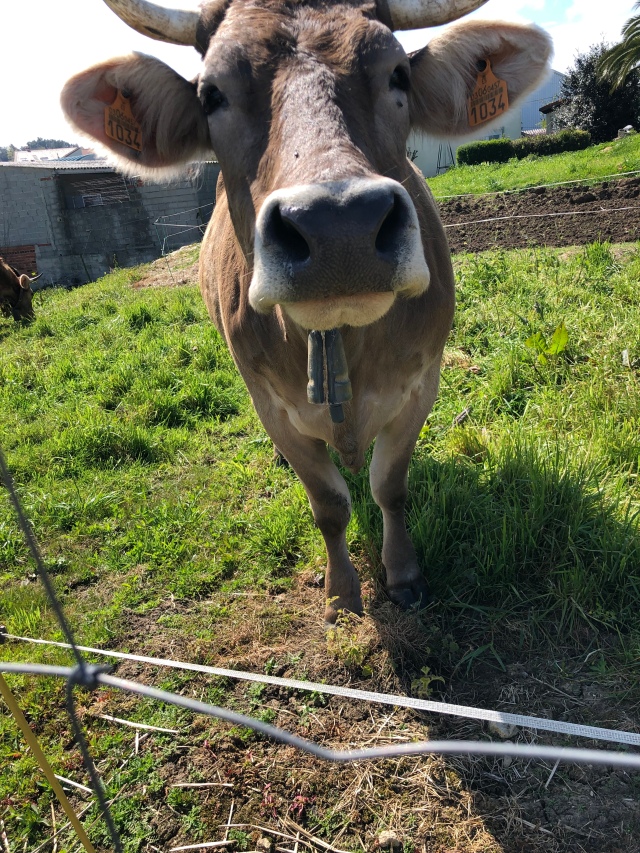 In his book this Navy Seal guy says the same thing happened each time he was in physical pain in the almost impossible training he goes through and if he didn’t have an answer to that why do I put myself through this? question he’d have given up every time. The why question lasts a moment but without a good answer it leads to the giving up. A good answer, your own good reason to put yourself through the pain can allow you to keep going. 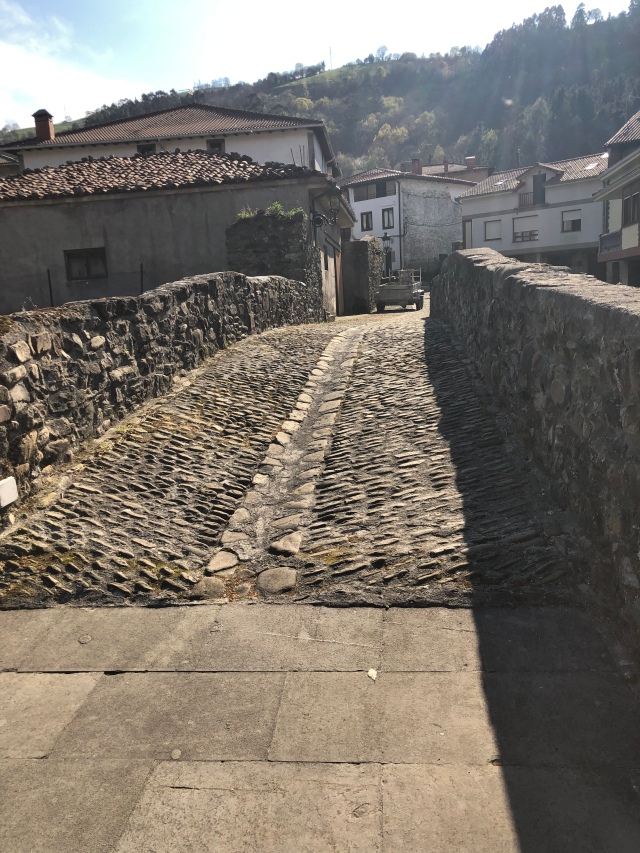 (A very narrow bridge in the village with narrow lanes – Lanestosa)

So I tried it this morning on the coldest day so far. Why am I putting myself through the pain of getting out of a warm bed when I could just snuggle back down and no one would ever know?

Because I want to teach myself how to have the beautiful behaviours I really, really want. Mairead.