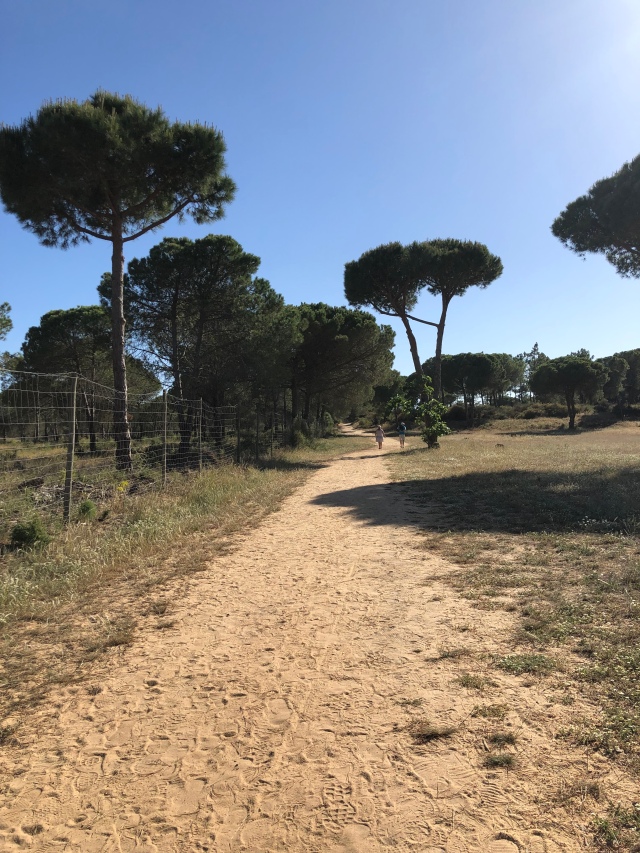 (The sandy path to the beach…)

I thought when we were in that sea view spot at the Municipal campsite of Setúbal that there was only one paradise in Portugal. We found another one. In the Algarve and it’s called Praia da Falésia. I want to stay here for ever… or three days. One or the other. 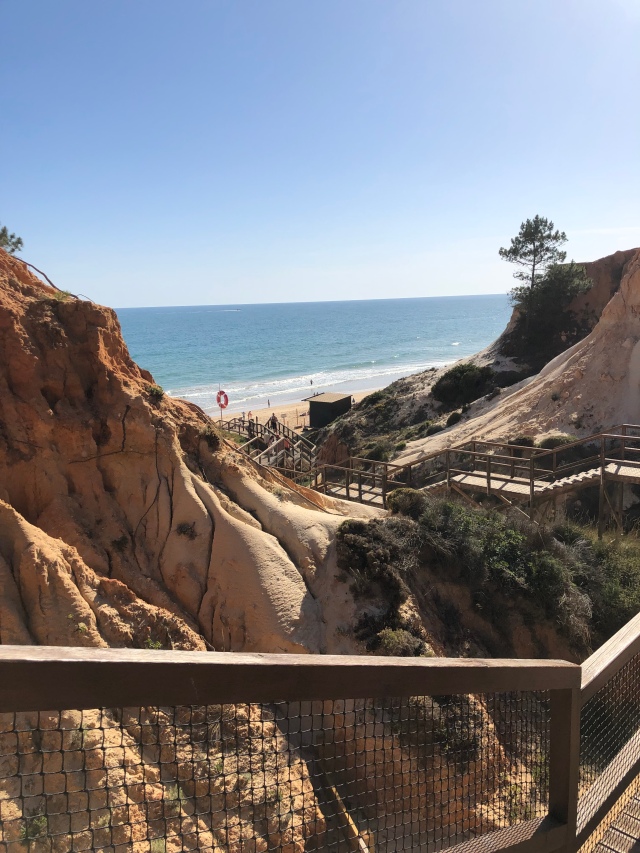 (…and the steps down to the beach)

It’s way down on the coast just a short sandy walk to the beach. It is very hot, top temperatures 43 degrees but I am not roasting to death because they have great breeze here too. Also, I have a new routine, I chase the shade around the van. It does mean I sometimes have to sit with the neighbours (or very, very close to them) but we are making it work. By we I mean the neighbours and I. Denis on the other hand has acclimatized and he’s happy to work away inside drinking cold coffee.

I’ve had no problem getting out of bed at 6am while we are here to trot down to the beach and wait for the sun to come over the cliff. There’s very few people on the beach at this time and I’m already recognising the regulars. The walkers and joggers who prefer their exercise with some shade. My pattern is to just sit on the sand and listen to the waves. They come in and go out as I watch. I take pictures and little videos to remind me later when I’m not here.

This waves in and waves out makes me think of a theater. Not an actual theatre but the virtual one I’m sitting in behind my eyes. Every day there’s a new show or maybe the same show has a long run. Eventually every show ends and another one starts. The show in front of my eyes now is the water moving in and moving out. The music is the roar of the sea.

Some shows are great fun, some are hard work and others are just confusing. Some shows I should just get up and leave. Can I leave a show that’s really bad? Would that be rude? Some shows end too soon, others at just the right time. 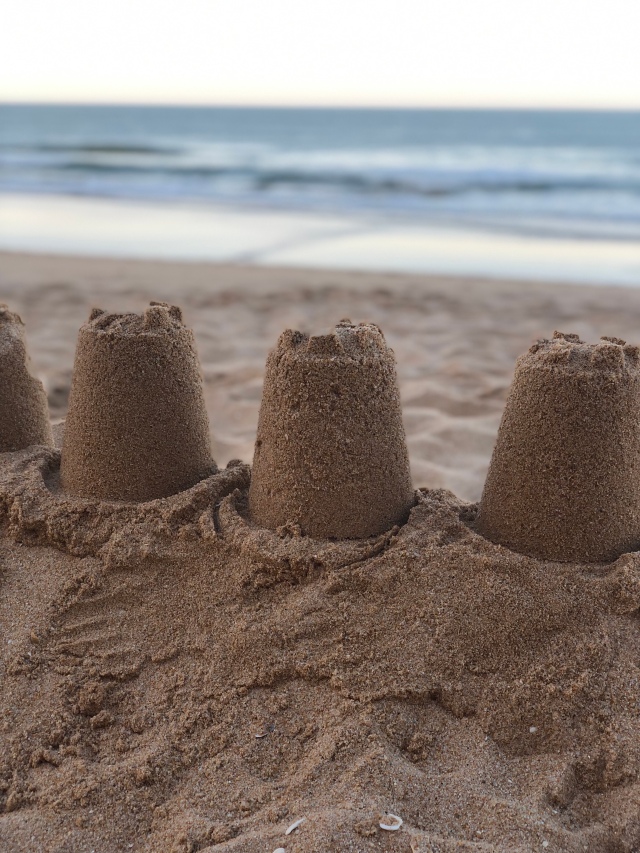 (Remember when making sun castles was something you did?)

Every day a show comes to my theatre… I can either enjoy it or hate it. It doesn’t matter there’ll be another show along later. People walk into my show and walk out of my show and there’ll be more walking later. Nothing lasts, everything changes and it’s all for me. Just me. My show is just for me.

Yours is just for you, Mairead.

I live in Ireland☘️ and sometimes travel with my husband in our motorhome. In April 2022 we will be visiting France, Spain and Portugal. I will be writing here.
View all posts by Mairead →
This entry was posted in Travel and tagged all is well, camper van, motorhome, nature, photography, Portugal, Praia da Falésia, travel. Bookmark the permalink.
Loading Comments...
%d bloggers like this: