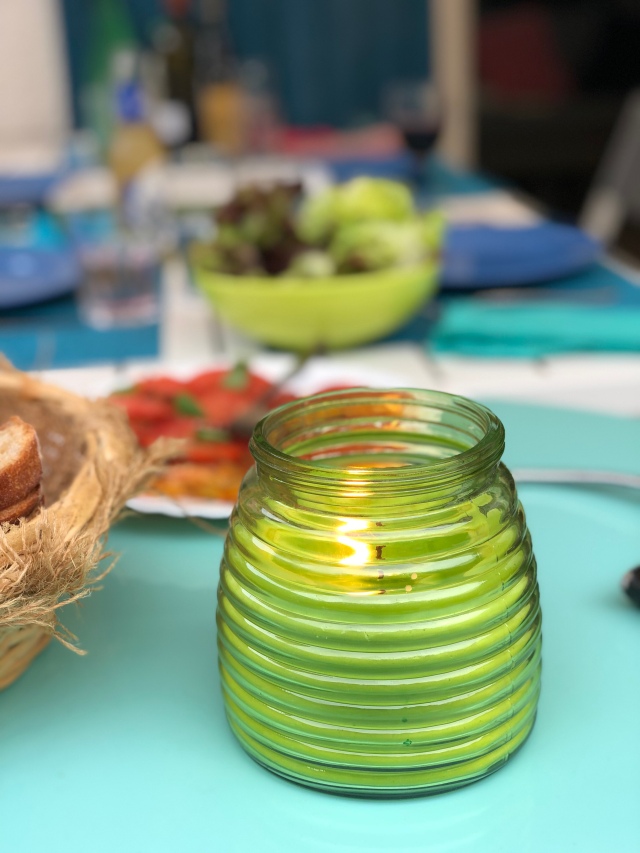 This is the third year we have stopped at our friend’s summer home and they always pull out all the stops but this year they added extra entertainment. The Brocante Game.

(Everything necessary to clean your rifle…)

If you don’t know, Denis loves board games but this isn’t a board game. It’s like a treasure hunt game. Here’s how it works… Our friends drove us to a Brocante in the neighbouring town of St. George de Didon. What is a Brocante? I asked too. It’s a car boot sale. It was huge.

We arrived around noon on Sunday morning and it was buzzing. All the French families who were selling their goods had set up their wares on long tables and behind that, they had their gazebo (you know those temporary open sided tents?) and were seated under it having their Sunday lunch. Mother, Father, grandparents and children all having substantial French lunch. When someone wanted to know a price or haggle a price the family would stop for a moment to deal with the sale and then go back to lunch. Very civilized.

We were here to play the game… We had €10 to spend on anything we could buy from these people. Anything. Then when we got home we would make a quick video of our purchases without reference to the purchaser.

The video was then sent to the judges (long suffering friends and family of the Brocante Game…) For the rest of Sunday and until we left on Monday we were entertained by the responses of the judges who didn’t know who had bought what. The results are still coming in.

Which one would you vote for? Mairead.