(This barn wall looks like a piece of mosaic art)

Sometimes when I can’t think of what to tell you at the end of a day I look at the pictures I’ve taken. I’m often surprised at what I see. In the moment when I take a picture it’s because something feels right. Plus, I always take more than one. To have six pictures on a blog I have to take at least three times that amount. Then I have a choice. Maybe not a choice of subject but a choice of angle or light or detail. 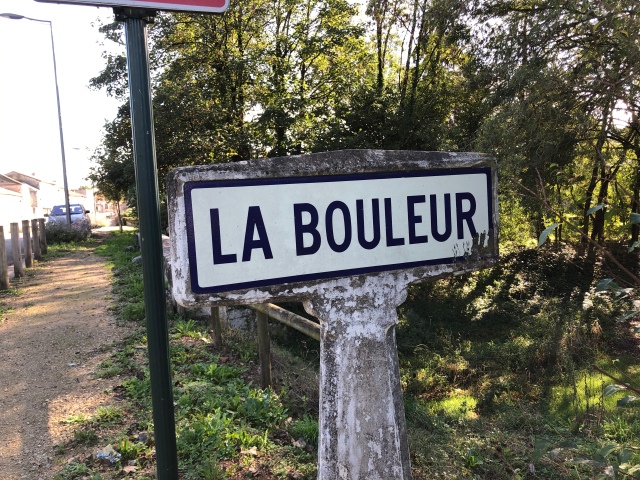 I’m just using my phone so it’s not complicated, the most important part of the process is – take a picture. I know if I don’t have a picture on a particular day I can always use one of the spares from a previous day but it feels like a mistake. I imagine you will understand better what I’m saying if there’s a picture of the thing I’m talking about. I wonder if the blog is about pictures more than anything else. 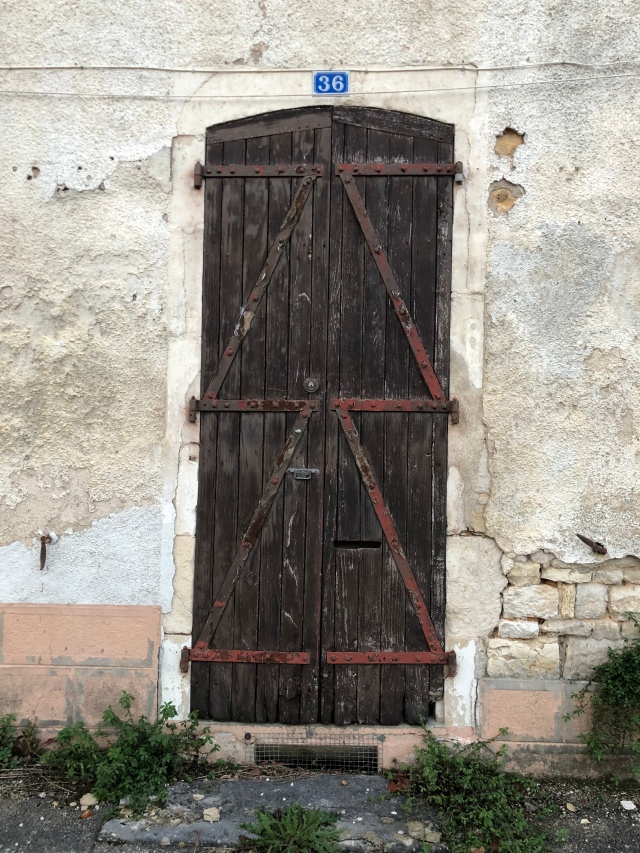 (Can you see the two Christmas trees?)

Anyway, just now I was looking at a picture of an old signpost attached to a building in the town of Chaunay, where we stayed on Monday night. It turns out the picture tells a short story of our journey this season. Here’s the signpost: 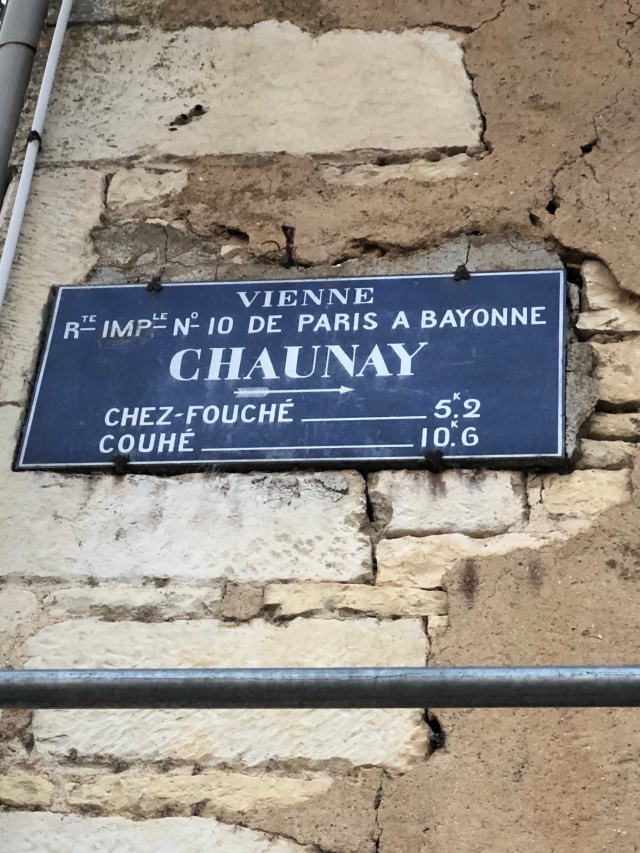 I took the picture because I love… old signs, the colour blue and the feeling I got when I saw it. There was a scaffolding around the building and the sign was up on the second floor but I didn’t climb the scaffolding… I stretched a bit instead. Then I walked on. Now as I’m looking at the picture I notice what it says…

At the top it says, Vienne, the department. Next line says it’s the R10 road from Paris to Bayonne. Next line is the name of the town, Chaunay. Then there’s an arrow showing the direction and distance to the town of Chez-Fouché, 5.2 kilometers and the town of Couhé, 10.6 kilometers. 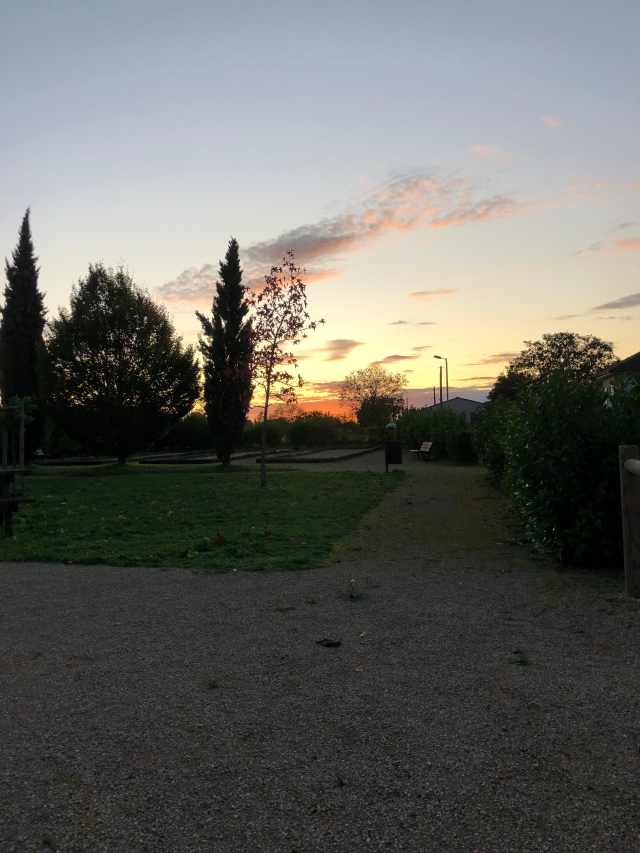 As a signpost for modern travel it’s not much use, it’s too small, the font is minuscule, there’s too much information on it, it only gives the closest towns not the biggest towns, its flat on a wall so you’d have to stop to read it.

As a signpost for going slow and stopping to look at the little things, it’s perfect, Mairead.

I live in Ireland☘️ and sometimes travel with my husband in our motorhome. In April 2022 we will be visiting France, Spain and Portugal. I will be writing here.
View all posts by Mairead →
This entry was posted in Travel and tagged little things, motorhome life, photography, signpost, signs. Bookmark the permalink.
Loading Comments...
%d bloggers like this: