So to continue from yesterday’s post… So if I realise the doing of a craft makes the difference how come here in Portugal I’m not doing any crafting?

(The street names are tiles)

Most people I know who love to create sometimes stop creating. For no good reason and lots of good reasons: They’re too busy. They’re too tired. They don’t know what they want to create. They don’t realise they have stopped. Whatever the reason the longer they stop the harder it seems to get started again. But starting again has it’s own momentum. Once you’ve started again some kind of creative magic energy kicks in and it’s like you never stopped.

(Ceiling of corridor at convent)

A bit like when I meet my friend, Helena. I have known Helena a long time, we went to the same school and were best friends from the age of twelve. She lived in the country and had to take the bus home so we would say goodbye after school and not be able to see or talk to each other until nine the next day. There were no mobile phones, the one phone in the house was in the hall so everyone could hear what we were saying… so we invented an early version of Facebook and used to write letters to each other each day. (Ok so it was nothing like Facebook, maybe it was like iMessage or.. never mind I’m just trying to say it was hard back then!)

I think that’s why I love to write, writing was a way to communicate my best and worst times without judgement, with encouragement. In school writing essays was very difficult for me, so much so my mother used to write them for me! I always had trouble with spelling and stopping to consider the correct way to spell something would mess with my flow and make the whole thing so frustrating. but in those letters I would write my best guess at a spelling and write (spelling!) after my attempt and Helena always seemed to recognise the words. Each morning we’d pass each other our letters and head into our first class reading.

Anyway, time passed, I got married she was one of my bridesmaids and then she went to Australia. She met a lovely man, Henry and had four children. We wrote infrequently. It’s a long way to Australia, I’ve never been but Helena comes home regularly. There’s a lot of people in her Irish family so we don’t always get a chance to meet but we met last year. 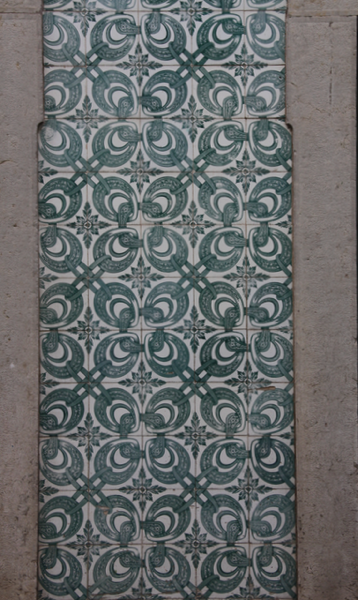 (Tiles on the outside of a house)

On a cold and wet July Monday in the Horse and Jockey Hotel we hugged and squealed our “oh my God you look so good”s. Henry found something to do and we set to chat. And it was like we had never been apart, so comfortable and warm. So easy and familiar. How did we ever stop the writing? When Henry arrived back after an hour Helena sent him off again, after the second hour he just sat down nearby and read a newspaper. 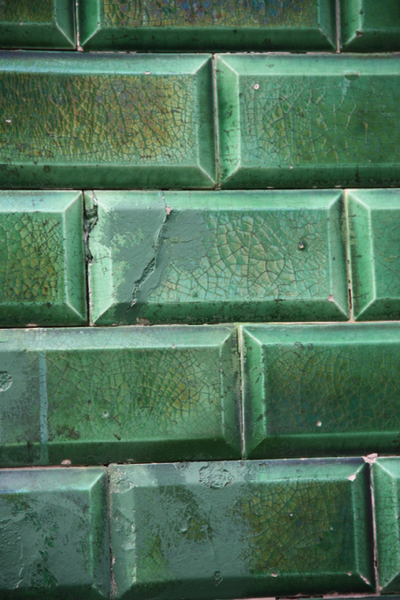 I know why I stopped writing to Helena. I had started to think it had to be a big production. A long and perfectly structured letter with news about everything and details about the things that had happened. A letter that would take hours to write and never be quite perfect enough…. Doesn’t that sound like what starting a new project feels like? It does to me. Now I email Helena whenever I see something that reminds me of her or when I’m doing something I think she will enjoy. The emails are short, they usually take about two minutes but if I find myself rambling on I don’’t worry because I know Helena won’t mind my imperfect email. She never stopped being encouraging and non-judgemental.

2 Responses to Shuush! We’ve found a McDonalds! 2 of 2